Troy has more than 30 years of experience in senior executive positions in international franchising and business development working directly with and consulting for both franchisors and master franchisees across the various sectors of the franchise industry including F&B, retail, and services. Troy’s experience spans across more than 70 countries and multiple regions including extensive experience in the Asia Pacific Region and across the Indian Sub-Continent, Europe, the Middle East, and parts of Africa. Since 2014 Troy has been a Partner & Director of World Franchise Associates (WFA). Since joining WFA Troy has been instrumental in helping WFA expand into the Asia Pacific Region and in guiding the company and launching new programs and initiatives. Troy has also played a key role in recruiting new clients and in supporting existing WFA clients with their international development initiatives worldwide. Troy has spoken at leading franchise expos and events internationally and his broad experience and exposure lend itself to his presentation topics which are founded on his real-world experience.

Christopher (Kit) served in the British Army in the UK, Far East (Malaysia) and Germany with The Royal Green Jackets. After service with 21 SAS in London he went on to manage his own company in the leisure and amusements industry with clients in Europe and the Middle East for 12 years. He joined NewsCorp to launch Live’93 the largest consumer electronics show in the UK, then with Blenheim Exhibitions to manage the National Franchise Exhibition in Birmingham. Other major exhibitions include The Skills Show (The Prince’s Trust); Apple Mac Expo 2000 (launch of the iPod). As CB Consultancy he was contracted by Franchise Development Services to sell international consultancy services together with franchise exhibitions in Europe. Kit speaks French and German. As a co-founder in 2007 of World Franchise Associates Ltd based in London he is the Director of Special Projects. His advisory work covers the UK, Ireland, Europe including Russia; parts of Asia and India; the MENA Region, GCC States and the Kingdom of Saudi Arabia. Key achievements include platinum partnerships with Winsight Media USA for three major Global Restaurant Leadership Conferences held in Dubai and Singapore. Worked in 2018-19 with the Saudi Arabian consultancy Monsha’at SME General Authority to introduce franchising into the Kingdom, delivering a detailed Conference program with three major Saudi franchise expos.

Over the past 8 years I have helped over 165 individuals change their lives by becoming franchise owners. My experience owning franchised businesses as well as independent businesses puts me in a unique position to assist you with your business ownership, wealth and equity goals. I currently reside in the state of Iowa with my wife, two boys ages 9 and 12 and our two dogs. 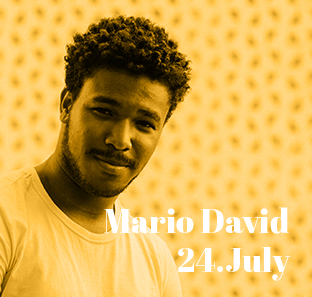